Hollywood often proves that fantasy, the supernatural, and teenagers confronting otherworldly issues are tried-and-true crowd pleasers. Though it may all be rumors and speculation at this point, the following four properties could be added to The CW’s roster in the near future.

The CW has ordered a script from author Bret Easton Ellis for a new series: Copeland Prep. The hour-long show depicts private high school students with such competitive aggression that they literally take the form of monsters.

Ellis is known for his controversial novels-turned-films and their twisted, surreal prep school characters. The film adaptation of Ellis’s Less Than Zero provided audiences with an unsettling (not to mention forewarning) performance from a young Robert Downey, Jr. that would mirror his real-life drug abuse. His biggest success, American Psycho, introduced the world to the maniacal tendencies of a fresh-faced Christian Bale. Ellis, in his first foray into television, will executive produce alongside Josh Schwartz, who adds Copeland Prep to his already extensive list of The CW programs (Gossip Girl, Hart of Dixie, the Carrie Diaries, and Cult). Add Twilight director Catherine Hardwicke as executive consultant into the mix, and Copeland Prep is shaping up to be one of the strangest team ups ever.

With the success of the Vampire Diaries and Gossip Girl’s final season starting in October, could Copeland Prep be the perfect compliment to fill The CW’s upcoming void? The latest script ordered by The CW is Embrace, an adaptation of the successful Jessica Shirvington novel. The hour-long project follows Shirvington’s young adult novel about a woman named Violet Eden, descended from angels and engaged in a centuries old war between fallen angels and their earthly protectors.

Many speculate that Embrace could be the next Buffy the Vampire Slayer, which ended its successful 5-year run on The CW’s past incarnation the WB in 2001 (later continuing for another two years on UPN).

Although NBC passed on a somewhat infamous pilot last year, Wonder Woman is getting another chance at television. The CW is developing a script by Allan Heinberg (Grey’s Anatomy, the O.C.) titled Amazon, which is slated to be an origin story and total reboot of the franchise. Similar to Smallville, the character will be a young, budding superhero that may not bear the traditional superhero name and outfit.

Though there’s plenty of nostalgic love for the character, rebooting Wonder Woman has been a challenge ever since the campy 1970’s series wrapped up in 1979. 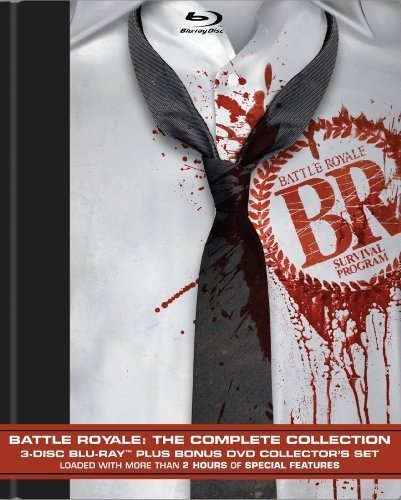 Although The CW is currently only in negotiations for the property, Battle Royale is a cult Japanese novel and 1999 film with the potential to draw lots of attention. The content, however, may be difficult to air on television. A class of young students are selected at random by the government, dropped on an island full of deadly weapons, and forced to kill until one child is left standing. Sound a little familiar? Many argue that the Hunger Games was an unashamed imitation of Battle Royale, though author Suzanne Collins claims she never heard of the Japanese hit prior to her novel.

The tremendous success of the Hunger Games undoubtedly makes Battle Royale a desirable property. The CW President Mark Pedowitz acknowledges such: “Battle Royale comes with a nice cult following, as we all know, and might have been one of the predecessors of a lot of these things we see today.”